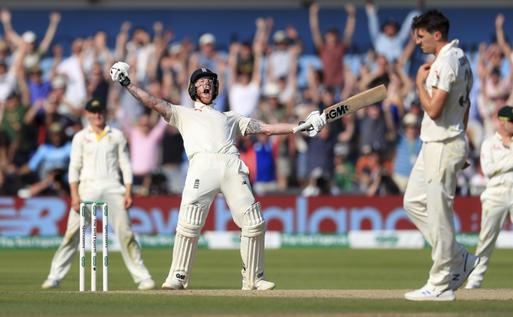 The third of the five-match Ashes series between England and Australia was among the most thrilling Test matches in recent times.
Not only did it feature England’s highest ever fourth innings run chase in Test history, but it was made nail-biting by the fact that it included the second-highest 10th wicket stand in a fourth-innings Test win.
Here’s a look at the top two highest 10th wicket stand in fourth-innings Test wins, both of which happened in 2019… (click to expand)


Based on what you have read above, try and answer the following true or false questions: