Ever tried getting into close quarters with the members of the animal kingdom to learn about them? Well, here’s what fitting animals with camera has revealed about their behaviour. Take a look… 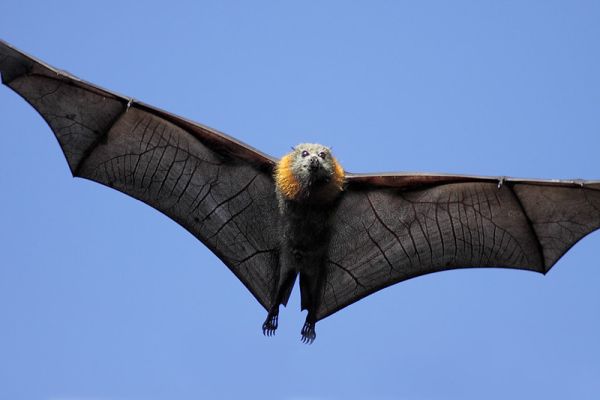 These adventurous tourists have flown over thousands of kilometres to settle in South Australia and are usually seen near the east coast. Their abrupt emergence was a complete mystery, as they had never been seen there before. Despite their fox-like appearance, they are one of Australia’s biggest bat species and feed on flowers and fruit, earning them the nickname “fruit bats.” Camera recordings show that these mega-bats also eat important agricultural crops. Their appetite for fruit is a particular worry for local farmers. The Adelaide region in South Australia is home to numerous sugar-rich crops, which may be a reason why these fruit bats made it their home. 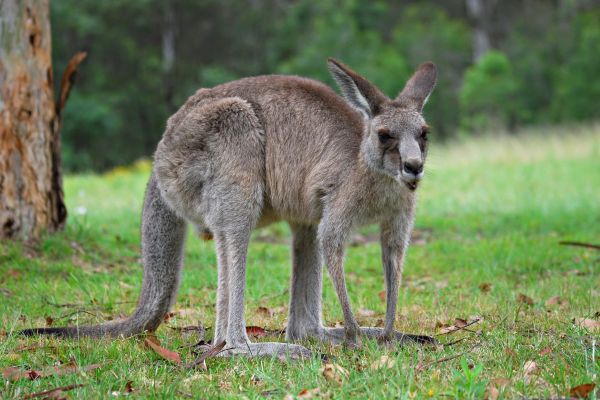 Native to Australia and New Guinea, these jumpers have a tiny head, strong and powerful hind legs, huge feet suitable for leaping, and a long muscular tail for balance. Now look at the population of kangaroos in New South Wales, which is being driven to the verge of extinction due to a surge in coastal development. When cameras were attached to these kangaroos, it revealed how these marginalised marsupials are doing everything they can to stay alive. Grass and weeds along the beach are insufficient to sustain them in the long run. For both humans and animals to have a future, co-existence is a must. 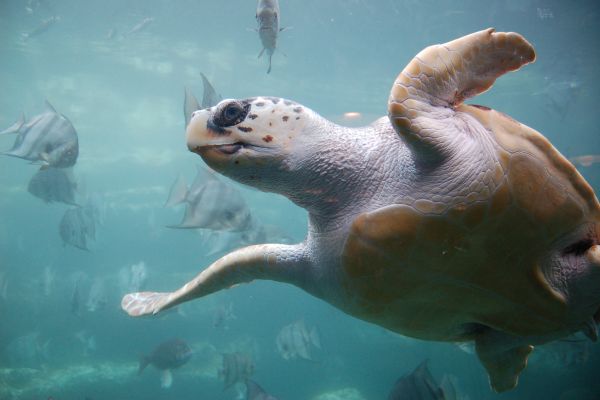 The world’s greatest population of breeding loggerhead turtles can be found in Cabo Verde, often known as Cape Verde, a nation on the west coast of Africa that consists of a series of islands. Loggerhead turtles may grow to be twice the size of an adult person and live up to 50 years. They spend their lives travelling hundreds of kilometres between feeding areas across the world. Not much is known about them since they spend so much time in the ocean. Scientists designed and installed a camera on a female turtle to record what she did for 24 hours. The data obtained has been critical in helping protect the local waters from overfishing and pollution to ensure the safety of future turtle generations. 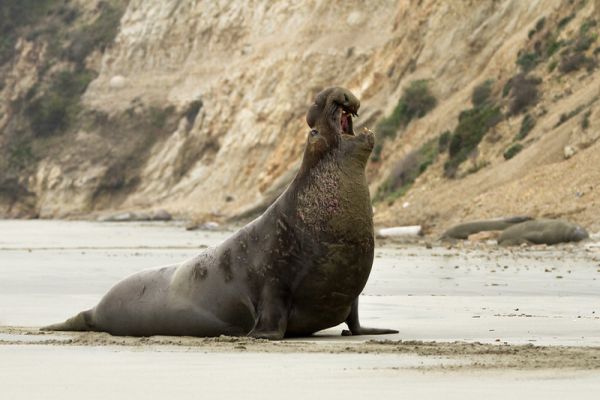 Northern elephant seals are often found in California, on the U.S. west coast. Despite their blubbery appearance, these seals are great athletes. They swim 9,000 km every year and can dive 1.5 km deep, with a heart rate of only three beats per minute and can hold their breath for up to two hours. Cameras were fitted on new-born elephant seals, who are left alone at home to prepare themselves to become the ultimate divers. This helped researchers understand the importance of the nursery and how it gave early learning opportunities. The footage showed the super-active seals chasing fish, interacting with each other, and playing with seaweed to develop key diving abilities. After training in water, they also appeared to take breaks on the beach and learning to become breath-holding divers so that they could find food on their first excursion into the sea. 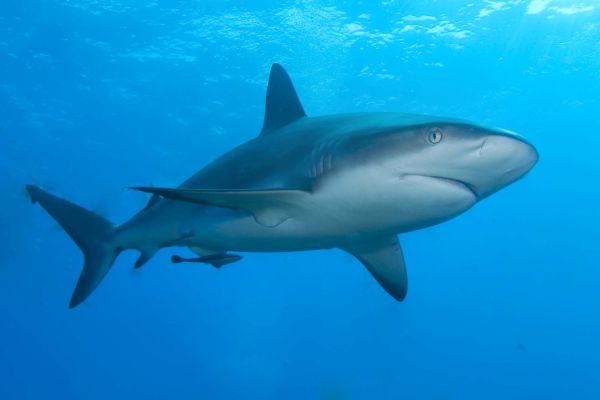 The usually harmless Caribbean Reef Shark is most common species of shark found cruising along a reef in the Bahamas. The waters around the Bahamas are rich with hundreds of marine creatures and plants, as well as the world’s third-biggest coral reef. A Caribbean reef shark was fitted with a specially built camera, providing us a unique picture of the reef as it glided through canyons of corals, inaccessible to human divers. The findings elaborated that there was algae overgrowth on some of these reef patches, which may deplete oxygen levels and block sunlight, damage coral and having a severe impact on the entire food chain ranging from wrasses to reef sharks. The koala lives along the eastern and southern coasts of Australia’s mainland, in Queensland, New South Wales, Victoria, and South Australia. Koalas appreciate open eucalyptus woods, and the leaves of these trees account for most of their food. Koalas are mostly inactive and sleep up to 20 hours a day due to their diet’s low nutritional and caloric content. Koalacams, specially developed with their tree-hugging nature in mind, gave an insight into what the Koalas needed to sustain and live. Findings showed us that, Koalas are anything but sleepy even during the night and they scale many trees over the course of the night and do not stick to just one tree. Because of the habitat clearing in urban Australia, more than 2000 koalas are brought into Queensland every year, where they get exactly what they need to survive.

Based on what you have learnt, try your hand at solving this quiz.