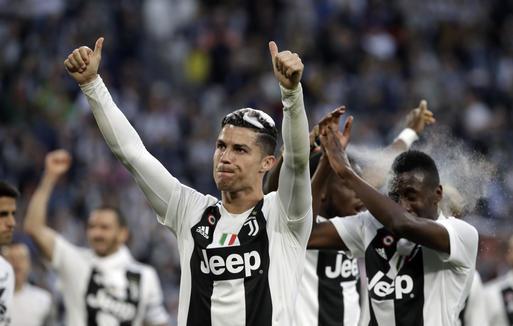 Cristiano Ronaldo’s arrival at Juventus was a move to strengthen their push for a Champions League title. While that dream fell flat this time around in the quarter-final against Ajax, they did extend their domestic dominance by wrapping up the Serie A title days after their Champions League exit.

This meant that weeks before the Serie A season was scheduled to come to an end, the winner was already known. For on April 20, 2019, the Turin giants assured themselves of the title with a 2-1 win over Fiorentina.

They picked up their eighth straight Scudetto (literally meaning “little shield” which is a decoration worn by Italian sports clubs that win the annual championship of their respective sport) in the process – the longest such title-winning streak in any of Europe’s top five leagues (English Premier League, French Ligue 1, German Bundesliga, Italian Serie A and Spanish La Liga).

Based on what you have read above, you should be able to easily answer the following question.

Together, for the world